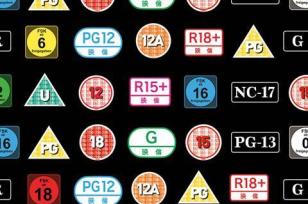 Why don’t books have age restrictions?

Films do. Yes, you can buy that 18 and watch it at home in the secrecy of your room or let your kids watch it. But there is still a huge red number on the cover. Books occasionally have suggested reading ages, but for all intents and purposes, they have no age restrictions. Their content also has very little moderation.

A blind eye is turned on our “Teen novels”, classics, and especially self-published novels which often deal with disturbing, delicate topics like rape, violence against women and children, and minors having sex.

From a writer’s perspective, caring about the ethics of our stories is not top of the problems list. We often create because the stories ask to be written. They do not follow rules and they surprise us with the places they choose to tread. I think that over 60% of my writing writes me–it’s not until the editing process that I have any control.

So now let’s pretend we have written a rough novella with a reasonably important scene in which our 12-year-old protagonist steals a joint from his brother and gets high with some friends in order to trick them into liking him. Okay, maybe pushing it a little, but at least no one’s dying, right? What if the 12-year-old’s goal is to have sex and he gets his female friend high and drunk so she’ll agree to it?

Where do we draw the line? In fact, should we even care?

I’d like to think that my writing will mean something to at least somebody. But the last thing I’d want is to write a sensitive topic so poorly as to negatively affect someone. Or even to write it well, but aimed at an adult, only to be read by a child who misunderstands it or is scarred for life.

Here’s an example of how easy it is to read what’s not meant for your eyes: when I was between thirteen and fifteen, I picked up a book from a charity shop that had dragons and castles on the cover. It looked like your run of the mill, YA fantasy book from the first two pages. The third page was full of swearing. Chapter two involved a woman sticking her hand down a stranger’s pants and then taking him to a brothel. That was when I quit and banished the book behind my dresser. But I didn’t have to–there was nothing stopping me finishing it. No big red number, no raunchy cover. My parents never would have known. I chose to put it down, but I didn’t have to. (I will say that a big reason I stopped reading was that it was also very poorly written with a million characters and no cohesion between chapters.)

Now let’s think about book-to-film conversions. Surely the age restriction applied to a film should be a good guide as to what’s in the book, right? Short answer: not really. The events in films are heavily moderated, going through a rigorous process of breaking down each ‘offensive’ event and counting up the ‘strikes’ against it–more strikes, higher age restriction. For example here’s a brief excerpt from the British Board of Film Classification (BBFC) on the requirements for a 12/12A film (for ages 12+):

Sex: Sexual activity may be briefly and discreetly portrayed. Moderate sex references are permitted, but frequent crude references are unlikely to be acceptable.

Imitable behaviour: No promotion of potentially dangerous behaviour which children are likely to copy. No glamorisation of realistic or easily accessible weapons such as knives. No endorsement of anti-social behaviour.

I once attended a talk by someone from the BBFC who said that directors often had an idea of which age rating they would like their film to be and that it wasn’t infrequent for them to then cut out ‘offensive’ scenes to make their films fit in. I’ve seen small tweaks and big tweaks, which whether they’re due to ease of filming, consideration of the actors, or to make the stories their own, the tweaks still serve the purpose of making the contents of the film more viewer friendly.

Example of a small tweak: the age of the teens in Fault Of Our Stars was changed. In the book, Gus draws a picture where he labels himself a “17-year-old virgin”, in the film, it clearly says “18-year-old”. I think this change was to remove any controversy that could be caused if Hazel and Gus were minors like in the book. Regardless, it makes any sexual behaviour between them a little less risqué.

Big tweak: An entire scene was cut out of Stephan King’s It. Disclaimer: I have yet to read the book or watch the film, but the book contains what the internet describes as a “very graphic child orgy”. In my mind, it is very clear why this was not allowed in the recent film–I’m fairly certain that it is illegal to have child actors portray sex (although I know several instances where an over 18 portraying a young teen having sex has been included in a film), but also it’s practically child pornography and I don’t think I need to explain why that would be bad.

Everything we watch, everything we read, changes us. Maybe imperceptively, but they do. Stories are a chance for us to live a life that’s not ours–try out situations that may happen one day, or may never happen. Our brains are hardwired to lap up any information that may increase our survival–physically or socially. Stories give us that chance to practice survival. We crave the ones that feel the “most real”, the ones that affect us. Make us scared, or worried, or aroused. Anything that real is going to leave a mark.

So if we’re writing novels that are graphic and dark, yet so close to real-life situations, maybe we need to pause and consider how they’re going to be interpreted. Abuse, racism, sexism, every other ‘ism, violence. The art we make doesn’t ask us permission to write it, but in a world where so many people are trying to push backwards, I’d hate to supply someone with a glorified impression of despicable behaviour. Is it enough to make sure that justice prevails–that undesirable behaviour is punished? Or do we need to do more than that?

We are at our most impressionable when we are young. Society shows it cares–giving films age restrictions, putting warnings on YouTube videos, requiring a birthday or age for access to certain websites, IDs to purchase dangerous items. Nothing is foolproof, because humans are problem solvers. But at least we’re trying. Yet, we seem to have forgotten that all this information was first available to the world through books. The only barrier in the way is parents. But if they don’t put in the effort to google or read the book themselves, how would they know what’s inside?

So, should we start suggesting age limits on our novels? Discloser on the back, such as: “Contains mild violence and excessive language”? Is this problem even a problem?

Tell me what you think.